Because we hear someone say the sinners prayer is that enough? It should always be followed by a change of heart, with new eyes and ears to hear the Spirit of G-d.

The purpose of the church is to reconcile man back to G-d, to bind up the wounds and heal the broken-hearted. We are to train and educate them to feed themselves spiritual food,  don’t rely on the clergy alone.  I assure you there are more who are heavily influenced by Catholicism than you would care to know. That means deception can be the force strongest in them.

Every nation has fallen to the forces of darkness only one is able to bring it back when the true Bible churches join forces with England.  As it is written the older shall serve the younger. Then there will be a Church on a hill again. We need a man like Winston Churchil again,  only this time,  we need to catch them before they start turning on the gas chambers.

When I hear ministers refer to the sacraments as the Eucharist in a contemporary church it causes the hairs on the back of my neck to stand up.  I know all to well it was a Puritans nightmare banned by the settlers of the Mayflower and with good reason. Rome called everything holy so you can’t help look like a heretic. If you are against the Christ Mass what kind of horrible person are you?

It amazes me that I have done over a hundred crop images, that reflect passages of scripture and Daniel only read the writing on the wall once. Finding G-d’s enemies is not a hard task with that under my belt. Who does not want the word of G-d shared with the world? Who does not want the church having access to billions of free dollars?

Let me tell you who,  the devil and his Ecumenical clergy they don’t want to save the world they are building the Devils one world order for him. They do not encourage Amos 3:3, How can the church win the world when it can’t even get those who are closest to Christ to see the darkness they support?

Just recently the Catholic Pope announced he was the antichrist, but every sanctified Christian in Christ already knew that Rome was really never for Christ.  The crop images were revealing that G-d’s enemy was directly ruling through Rome until they bought him a seat of power in America to the tune of 700 billion dollars in 2008.

It was the Rothschild’s who have engineered every war and funded us in killing each other placing wicked men in positions of power. The funds came directly from the Vatican wealth to make it all happen for them.

With the Pope backing Islam and Obama right along with him,  what chance does real Christianity have?  When for six years I have been telling many pastors the truth and six years they have been ignoring it. We shouldn’t be backing those we know are not making the resurrection.  Instead,  we should insist they follow us who have the oil. 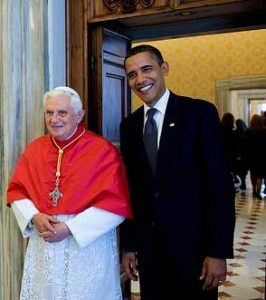 If you cannot tell the difference between what is good or evil may be the holy spirit you have is not the HOLY SPIRIT rather an imposter.  I cannot believe that G-d would leave His Son’s effigy lying in the dirt,  or hide the crop circles. Circles made by balls of light that open the word to the world.  Would G-d keep us away from money that could lift up the name of Jesus?  Money that G-d alone was able to get us when he made America the nation of power and who likes power?

Did your so-called “Born Again”  parents send you to parochial school?  Hitler and half of the German Nazi’s went as well.  She is called the mother of harlots for a reason.   She birthed such beliefs as Preterism, Mormonism,  and Islam how you may ask?  They took control of G-d’s word and kept it away from the world. The Jesuits rule in the AG churches, how else do you explain a man of “G-d” ignoring the holy things of G-d and keeping the true Protestant church from rising up?

They want the spirit of G-d to move, but they bury HIS work and ignore the truth, then the truth is they do not want the spirit of G-d to move.  If your minister feels that the Catholic church is Christian because of the pro-life movement, and he never noticed they don’t have children do you really want him leading you?  They’re pro-life only to keep a large amount of men in uniform to fight in their wars only to protect them at the top of the hill so they need clergy to aid in their fraud.  How about we build our church on the fact that Jesus is the Christ the Son of the living G-d, and he is not to be used as a pet for profit?

It is only slander if the thing said is not true of you.  Can you picture 1.2 billion Catholic’s on fire for Christ? (LOL)  First we need to show them what real Christianity is place them in real Christian Churches among good Bible teachers the little horn is Protestantism and I am that little horn.

The sign gifts are going to be no more when Christ returns and we have plenty of physical signs that can lead people to the cross right now.  So pat yourself on the back if your Pentecostal but if you are condemning others to hell because of it don’t stand so proud. G-d has sent us some better signs.