When you look at him you may say he was a large man on the heavy side a fat man and not a very handsome man, but he kept England from having to learn German and the rest of the world no longer had to live in fear of a man who sought to cause genocide against God’s chosen people.

This man was elected by the people imagine a man like him that you know was elected by God for oddly the same kind of thing only on a bigger scale one could almost taste the victory!

His appointed time was January 24, 1965, and because of what he had done and who he went up against tells us this man was loved by God.

Though Hitler had no children and his wife died the same day as he did according to “German authority”  which created the great propaganda machine, to begin with. So can you believe the report?

Was Hitler really dead or did he find retirement in Switzerland where many of them went and hid with new identities given to them by the Red Cross and the Church of Rome in exchange for stolen Jewish gold the Red Cross did not see any of the gold nobody ever does?

Where oddly the Swiss Guard who serves the Vatican is from. 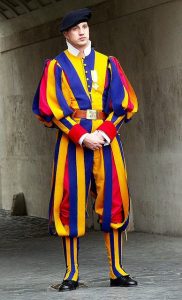 It is also the Psalm that is used for Judas that another was to take his office Psalm 109:8,

With the aid of the allied forces, Churc(HILL) stopped a socialist Hitler who if he had succeded there would be no autistic children, no handicapped parking spots, any sickness that could not be cured its victims euthanized.  Big Pharmacy would not be so big and do they really seek to find cures or make addicts?

Curing people would seem so unprofitable. Drug dealers hate it when their user no longer needs them it means a lack of income to buy stuff to impress people they don’t even like who if crossed them they wouldn’t hesitate to kill. It is a dysfunctional community and one not welcome in the kingdom of God.

Lady Astor was the first woman in Parliament in England during Churchill’s reign as Prime Minister, she did not care for him very much it is said whether it be true or not that she called him a drunk, and he replied I may be a drunk but you dear Lady Astor are ugly, and in the morning I’ll be sober.

Playful banter?  Laughter is good like a medicine but Churchill was not everyone’s cup of tea you could save the world and people are going to hate you Jesus had the same problem HIS display of love and great sacrifice is ignored by so many. Jesus said if the world hates you know that it hated HIM first.

The world hates us because of HIM.  if not for HIM the world could not be saved.

What if Churchill had been a prophet and seen Hitler and the Nazi’s coming in advance, could he have rallied the Saints put down the uprising of such atrocities? What if it was just before the rapture that it was visible.

That his wisdom and gifts could get people to the foot of the cross in time to go home? Yes, I am talking about the fat guy!

Those left behind were destined to stay behind anyway, they were the iron in the clay unwilling to bend their knee or honor the word of God.

The same spirit that gave us the Nazi’s still works in the world today bringing about the same thing. People who choose that deserve what leadership they get.

I get a kick out of the PSA’s that say,  “If you see something say something.”

Well, that’s what I am trying to do open the eyes of the blind because it is coming just as Jesus said it would.

But look who is bringing it? If America were heaven truly we once were,   where are God’s people defending her?  Should they be allowed into heaven that refuse to defend her?  If we are here to learn anything let us learn this let us never allow this kind of thing to destroy our kingdom again. God is watching to see how we will perform. Do you love them or do you just say you love them and let them destroy the kingdom?

Again the map is that of the Jesuit Priesthood found on their website and when you read it you would think they are really Christians the truth is they do not even know my Jesus at all.  The Protestant Jesus has nothing in common with theirs.  There is a lot of similarities but the resurrected priesthood denies the finished work of Christ.   It was they who kept Christianity out of Japan.

The map is boasting about themselves building their one world order and who is it really for?  Below their map is God’s map showing you the lands they inhabit have become dark and America has a chance to set billions to the cross by exposing the truth. The Priesthood does not know the God of the Bible it has been a tool of the enemy to build his empires. Jesus ended the one HE began to reveal the true Antichrist’s who have denied HIM his glory.   Now, in the end, they need a peace plan and it is time for the lights in America to come on.

(Isaiah 43:7)  Even every one that is called by my name: for I have created him for my glory, I have formed him; yea, I have made him.

The purpose of man is to glorify God and enjoy HIS presence forever.

How can you tell a Jesuit Priest is lying?  There is an idol on his person or one in the room he is speaking in not too mention he is a priest who is supposed to be a mediator between man and God but God only gave us one true Mediator,  they just keep others from HIM. Mary whom they call the queen of peace felt Obama a false Muslim messiah could bring peace better than her own Son???

You figure it out who had that kind of money to buy a presidency? Once the devil has it you do not get it back it would take a miracle.