Matthew 5:7  Blessed are the merciful: for they shall obtain mercy.

Evil sees mercy as a weakness, Rome like Nazi Germany never showed their enemies mercy and in the old testament, King Saul was rebuked for even doing so,  then again,  he ignored the command of G-d. Because of it, we end up with the story of Esther even today we are plagued by them, they blow up their children and terrorize Christians.

The old testament was a different time before Christ was born.  G-d was revealing what practices of worship were acceptable and what was not.  The enemy built a priesthood to serve him always and G-d created a  priesthood with the purpose of ending it.  That is why Jesus cries out it is finished.  There is no more need for blood sacrifices.

False gods are not to have a place in the Kingdom of G-d or in the new heavens and earth they will have no place and must be purged from the heart of men. A priesthood below Royal only keeps the false religions alive they are systems that cannot save they only reveal error.

Isaiah 42:6-9  I the LORD have called thee in righteousness, and will hold thine hand, and will keep thee, and give thee for a covenant of the people, for a light of the Gentiles;  (7)  To open the blind eyes, to bring out the prisoners from the prison, and them that sit in darkness out of the prison house.  (8)  I am the LORD: that is my name: and my glory will I not give to another, neither my praise to graven images.  (9)  Behold, the former things are come to pass, and new things do I declare: before they spring forth I tell you of them.

In the old testament, G-d was preparing the way to show creation how HE desires HIS SON to be worshiped revealing the only Mercy men were to know. In heaven, the angels worshiped the SON of promise knowing one day HE would take HIS place at the right hand of the Father  Psalm 110:1.  On earth, the SON taught us to worship the Father who sent HIM. Neither one sought individual worship though each of them is very deserving of all worship.

To maintain the kingdom one must honor the true king and that king be the one G-d has chosen for all.  I call HIM Jesus Christ,  King of kings and LORD of lords.

Though Satan started this ugly game of who should be king of the hill, G-d makes it clear who is!

The earth is the LORD’s and the fulness thereof and HE gives to whom HE wills the kingdoms of the earth. Jesus will, in the end, take possessions of the earth!

The first kingdom after the first destruction of Genesis 6 was overseen by a spirit of a man who was the firstborn among the angels’ someone G-d looked down with respect towards someone who knew from the beginning what G-d wanted and that is what got him killed  Genesis 4:4.  His father was once the dearest and oldest friend of G-d.  He is the firstborn of men among the angels he was a picture of the SON of promise.  He was not the “SON”  the SON would not appear to us all until Mary was to be betrothed to Joseph and only G-d knew of this SON.

Wickedness does not like gentle, loving,  caring compassionate men.  In Babylon evil had a new start taking away from the one who knew what G-d wanted from society.

It is not until Genesis 11 that the city is given a name,  here in Genesis 10 we see the name it was given.  Jacob’s story is a revelation of the kingdom of G-d Leah hidden behind the veil has the most children she represents the angels.  Father G-d labored harder for the earth just as Jacob did for Rachel.   Joseph is the child most loved by Jacob he is a picture of Christ the coat of many colors reveals his value to the father.  Benjamin is the other SON Jacob labored as hard for and loved as much as Joseph.

It is Joseph that shows his brother’s great mercy and gives Benjamin five times more food than his brothers he purposely makes Benjamin the cupbearer (signifying wine/spirit) because Rachel was the mother to both of them.  Jacob did not make the same mistake with Benjamin as he did with Joseph. The brothers of Benjamin knew if anything bad happened to Benjamin it would kill their father. Now we know G-d cannot be killed the point is do you want to undergo the wrath of the father by denying Benjamin his due?

Genesis 11:7  Go to, let us ( Abel) go down, and there confound their language, that they may not understand one another’s speech.

September 9/11 exposes the two problem groups that will not enter heaven. Time to start removing the confusion bringing us back together.

I thought Obama was the antichrist after all 700 billion dollars came out of the Catholic holding in America to place him in power, I wanted to shake his hand throw my arms around him and thank him for coming while I said to him,  thank you my Jesus is next.  That is when G-d took me back to the beginning and showed me the whole truth and it was the dinosaurs who helped build it. No wonder why oil is going to aid in the destruction of him.

Gravity increased and he never completed the top there was a lot of dinosaurs grounded because of it, there was definitely a few in the middle east.

I knew from the time I was four this was not my home.  I always cried out to G-d and looked to the heavens knowing whatever he was doing it was big.

My initials oddly are BABEL and I am no god. But I know the true G-d who wrote HIS story into my life.

When I am taken out-of-the-way,  there will be no mercy. 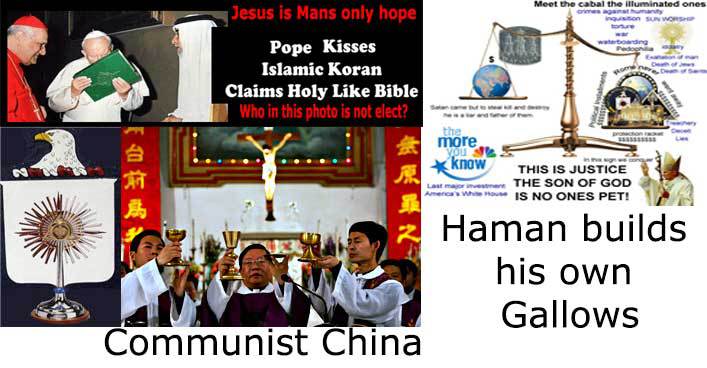 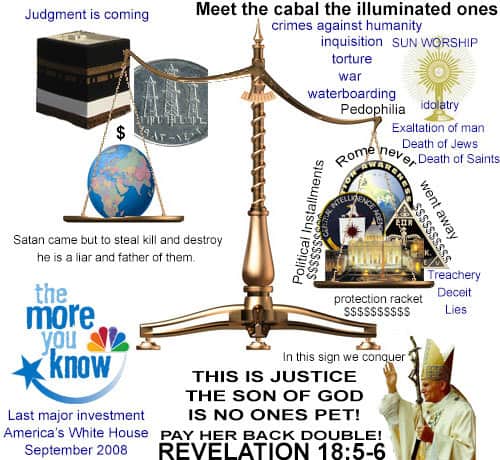 Revelation 18:3-6  For all nations have drunk of the wine of the wrath of her fornication, and the kings of the earth have committed fornication with her, and the merchants of the earth are waxed rich through the abundance of her delicacies.  (4)  And I heard another voice from heaven, saying, Come out of her, my people, that ye be not partakers of her sins, and that ye receive not of her plagues.  (5)  For her sins have reached unto heaven, and God hath remembered her iniquities.  (6)  Reward her even as she rewarded you, and double unto her double according to her works: in the cup which she hath filled fill to her double.