The enemies goal is to keep people away from the word of G-d to keep them from finding what G-d reveals in scripture about him and how to destroy him.

Christians have a way of placing a spin on the truth because we like to see ourselves as loving and kind and many of us are.  However, we project goodness on many things that, in reality, under the strict scrutiny of light are not good at all but are evil in their design.

The following structure is designed by G-d. Satan shows it to us in the upside-down  format placing the wicked on G-d’s right and the sheep to his left.  You can see whom is fighting for the northern-most  positions.

Isaiah 14:13 For thou hast said in thine heart, I will ascend into heaven, I will exalt my throne above the stars of G-d: I will sit also upon the mount of the congregation, in the sides of the north:

Satan as Lucifer said he would sit on the sides of the North.  Good thing Santa is protecting the North Pole for us,  he has become a fabulous watchman who in no way offends G-d or the sanctity of His Son’s birth.  Someday he will add ly, ly, ly to his ho, ho , ho at least, I’m hoping, hoping, hoping but don’t count on it Satan loves to mock G-d and use us to do it by. 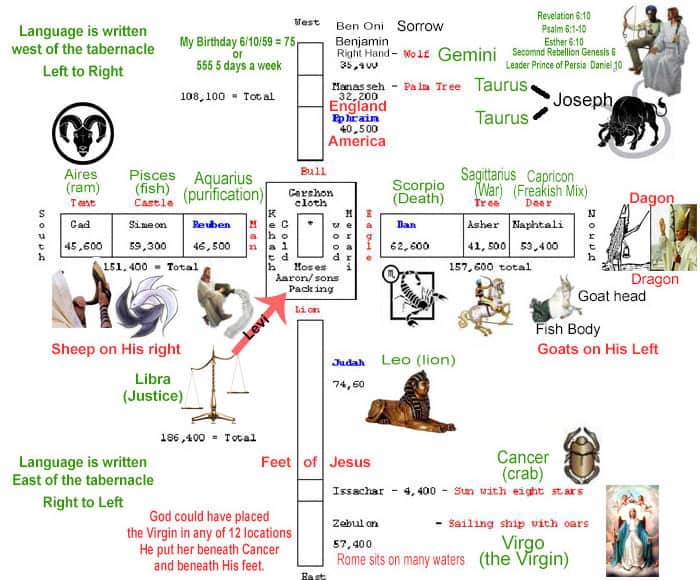 This makes a wonderful handout that reveals so much about the story. Click on the image and right-click to save to computer. When printing do so in Portrait mode with .50 inch space on all sides with fit to page selected. Then turn it upside down to show your Catholic friends the way they are seeing it and why they are not making resurrection and will be left for tribulation.

When Christians began their movement in Israel they would quote a passage of scripture that they were encouraged to memorize as we do now. The individual they were speaking to if unknown could not quote the other portion,  he was to be considered a fish needing to be caught.

The Jewish priesthood of the time sought to end this practice of Jesus being called Messiah they solicited the help of Rome who was more than happy to arrest and persecute this new faith while serving their Pagan deities.  Rome was all about false peace and never real peace.

Their soldiers after inquisition tactics found out how they were meeting. They began to memorize the passages to locate their meeting places and report back.   However this backfired because the word of G-d was getting into their heart and spirit and transforming them.

So it was pagan Rome, who came up with the sign of the fish and its explanation as they infiltrated real gatherings. Satan noticed this worked to his advantage that the power in the word was to be squelched, and so he took the word away from the people p their Pagan spin on things. Today that practice continues by the Romish Church.

G-d gave us the word while Satan gave us symbolism and no word to support it only his spin or deceptive explanation.

Though the symbol above represents truth, it is only a  small portion of it,  the rest of the truth you just read.  However, we are in these last days going to fight back with symbols and lots of them that point to Bible scripture and reveal the truth of last day events.

The hat will become very popular among Christians before the rapture.  A  New Page on how to use the seal of G-d is posted on this site click on the hat to read it.