2 Chronicles 36:16  But they mocked the messengers of G-d, and despised his words, and misused his prophets, until the wrath of the LORD arose against his people, till there was no remedy.

I am a  Christian born in America; my loyalty is to G-d first then to my country. I do not believe that the Pope is G-d’s emissary or ever has been. If I had to choose a leader of the Church, I would align myself with a humble queen one who does not interfere with the affairs of G-d. Who is the head of the Church of the Angels that all this is to show us how G-d desires to be honored. He has chosen the Protestant way… A house cannot stand if it be divided only a simpleton could not see what Rome has done or what the devil did through them to America and the rest of the world.  We as Protestants must unite to stand tall and wave the banner of G-d our time has come, and it is short.

Galatians 6:7 Be not deceived; G-d is not mocked: for whatsoever a man soweth, that shall he also reap. 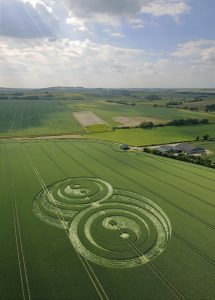 The term mocked can be found in 21 verses of scripture. We know that G-d is mocked continually in this society certainly more often than the number 21. It is during Christ’s millennial reign known as the time of rest 777 that it will balance that time out.  The wicked will not be mocking then. G-d is all about the balance where the scales of justice align.

Peter denied Christ three times, and the resurrected Christ asked Peter three times if he loved him? G-d was balancing the equation.  The millennial 1000 year ruling of Christ comes right after Satan’s promised seven years of playing G-d on earth,  we know it as 666 when he has  a physical body to do it in. 666 equals 18, which is 2 x 9  the second cleansing of the wicked from among us.  The First is found in Genesis 6:6 and is the 33rd act of G-d Noah’s flood.

On earth as it is in heaven Matthew 6:10. G-d requires order and a just scale is his delight.

Proverbs 11:1 A false balance is abomination to the LORD: but a just weight is his delight.

We needed to keep each of them to perfection without breaking one of the ten including the appended two by Jesus of hating your brother and looking lustfully at a woman.

By not breaking any you will automatically enter heaven at death. If you broke one then heaven is threatened disregard for the law is rebellion and heaven is not allowing rebellion back in, it was cast out.

It is safe to say we are looking at Psalm 10:1-18 the emphasis is Psalm 10:16 yin-yang x 8 equals 16. Bankers regard not the poor or the afflicted they seek the bottom line that is why G-d is allowing his enemy to destroy money as part of His plan. Do you want the things of this world or the eternal things of G-d? Would you sell your eternal soul for the things of this world that will one day no longer be?

Balance requires that Satan have his seven years but it also requires Jesus to finish his seven as well.

Isaiah 14:16 They that see thee shall narrowly look upon thee, and consider thee, saying, Is this the man that made the earth to tremble, that did shake kingdoms;

How do we know it is promised him? It is called the time of Jacob’s trouble Jeremiah 30:6-7. It is also the division of the years of plenty against the years of famine. Joseph (a picture of Jesus) has a harvest of plenty seven years. Then the famine of seven years is an allusion to the tribulation. Keep in mind Benjamin,  Joseph gives his brother the cup symbolizing the cup bearer or carrier of spirit. Prior he gives Benjamin five times more than the others.

The point I want you to see is that the seven years are promised Satan. It is how G-d chooses to punish the wicked it is his hope that those left behind will smarten up.  Those whom do not make the first exodus into the promised land will apply the lamb’s blood on themselves and be martyred.  It was after all many of them who were mockers of the Holy things of G-d, including many teachers and preachers who allowed mockers to mock and did not protect G-d’s Sons honor when they had the chance.

Jesus planted seed for the harvest 3.5 years in his ministry, and he will as in heaven here on earth complete his seven by using one man to do both jobs. Lucifer was the light bearer not the light.  G-d is trusting someone else to complete his other half, but it will be a given he is not alone Daniel 8:24.  The devil began the mocking of G-d in heaven by denying G-d had a Son.

In fighting any war it is important to know the enemy and his tactics.  His plan is always to kill more of us then we do of them.  What the enemy doesn’t kill he takes and makes slaves of.  Slavery is not just labor but addictions to the bonds we become to weak to break.

The Bible is full of stories that show that very truth. Historically it has always been the case. Mankind has become slaves of the system that chooses to rule over him.

Governments have always taken the highest seat and position over the people. America was not to be so.  It was to be “We the people.” We finally abolished slavery because we saw that our constitution did not allow for it.  Was our constitution greater than the Bible or simply a better interpretation of it?

To destroy Satan’s kingdom, we must raise our banners and build G-d’s kingdom creating a balance. The Protestants can no longer  afford to remain divided but to unite under the perfect will of G-d our Father and Christ His Son.  America must place itself back into the “We the people position.”  Not into the hands of a global tyrannical government that chooses to be blind to what is going on around them and to whom their god is.

We war in our own families because we lack the most important of all our freedoms forgiveness. Those who do not forgive seek solstice in sex,  drugs, overeating or alcohol. More often than not the person who hurt us did not even know that they were doing so or may have been blinded by their own personal hurt.

2 Corinthians 2:10-11
(10) To whom ye forgive any thing, I forgive also: for if I forgave any thing, to whom I forgave it, for your sakes forgave I it in the person of Christ;
(11) Lest Satan should get an advantage of us: for we are not ignorant of his devices.

He is liar and the father of them. Jesus talking to the people of his day the ones with the highest education in the law which is the mandate for leading people,  had this to say to the keepers of the law.

John 8:44  Ye are of your father the devil, and the lusts of your father ye will do. He was a murderer from the beginning, and abode not in the truth, because there is no truth in him. When he speaketh a lie, he speaketh of his own: for he is a liar, and the father of it.

If you were to take a poll of Christians or any religious group that claims to deal with devil the common consensus would be he was G-d’s best friend and first of the angels. There is no scriptural proof of that, in other words the Bible does not say that at all.  He was simply created the most beautiful of the angels and called a covering cherub.

The Bible is full of stories and messages to aid us in our quest to become better people. The greatest message it reveals is the message of forgiveness. How G-d forgave us and how we are to reach out and forgive others the same way he forgave us.

A nation’s strength begins in the family,  destroy the family unit so that the focus is on  individual needs instead of whats best for the community.  The role of the father is important for leadership but it is the queen that is to be made happy. It is the queen who nurtures and feeds the young for without her there is no family.

Most of our problems come from the anger we have against life and how unfair it all seems. Most of us have not forgiven G-d, and our anger is mostly directed at him, which is an extension of His enemies own anger.  It is spiritual and man is warring against G-d and His perfect will, but it is the enemy who promotes it.