The earth was without form and void of any intelligent life as we understand it. Genesis 1:2 Jeremiah 4:23

The war begins in the heavens and finds its way to earth. We call them fallen angels not ancient aliens as the fallen angels would have us believe. 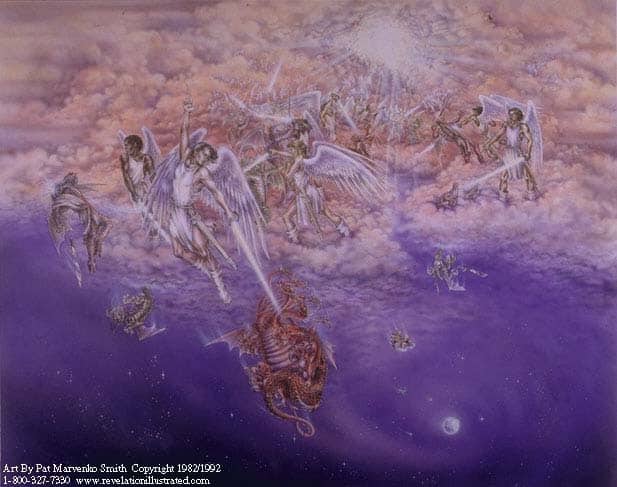 The whole ancient alien deception is just another way to deny the precious blood of Jesus Christ and HIS work on the cross.

First let’s deal with the problem of free will and rebellion so that we can get on with building a utopian society with the actual KING of KINGS. G-d would not allow another community with rebellion in it.  Christ will never have to go through that ever again.

Fallen angels had a place here before the creation of humans.  Man was designed to reveal to the faithful Angels who remained with G-d the truth about HIS SON and to educate them on why the SON is so necessary to the creation.

Women would be needed to bring a spirit from one side to the other and behavior learned and choices made, the Angels childish in nature had no understanding of good and evil.  The faithful among men would enter into the glories of heaven while the rebellious would prove they do not want to be in a world of love,  joy and peace.

Before man, the enemy began to describe his new world order. To the faithless angels and how the SON was not needed to have a society. Women were not here until G-d spent some quality time with HIS new friend Adam then realized it was not good for man to be alone he needed someone his equal and to replenish the earth.

FYI you may not have the words replenish x 2 in your Bible, and I know why and who is behind it. Back to before the dawn of man.

Now let’s get back to before the dawn of man, shall we?

In the description of his new world order, he proceeds to build a monument to reveal his plan and trap the SON when and if he ever showed up. 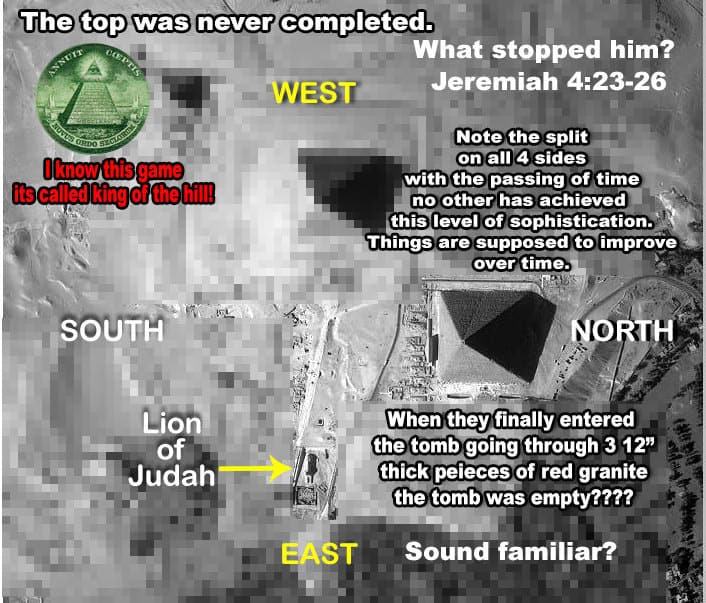 It is still to this day the most sophisticated pyramid of its kind no other rivaled it in its design and it had no hieroglyphics because there was no written language at the time. The angels did not have centers of higher learning, and those who followed Lucifer reveal they lacked understanding, knowledge and the basic sciences.  The structure had been built when dinosaurs walked the earth and gravity was less than it is now.

How am I so sure of this?  Not only do I walk and have the HOLY SPIRIT but the enemy reveals it to me in the work he has us do for him.

Humans were made to show forth the greatness of G-d and to introduce the angels to the SON of G-d.  Whom they worshiped in faith and believed one day would come as G-d had promised them.  Causing man to fall was just a matter of time, and G-d knew it was going to happen. Before we were born Christ died for us.  G-d saw the end from the beginning and by the looks of things so did his enemy.  One of the blessings about walking with G-d is to know things. Friends always share intimate details with friends.

The enemy never finished the top of the pyramid to complete his position on top. That is why today we see the all seeing eye above the unfinished pyramid.  Our founding fathers and wise men of G-d knew this truth it only took a few generations to hide this secret knowledge.

We did, however, know who it was that was assisting him to build the one-world order and we needed to trap them here in America and to give up some of their wealth to allow us Protestants to help the enemy finish it. He needs peace in the earth and a temple to sit in to declare himself G-d, and we are going to help him.

That is why America is out 700 billion dollars while the Bank of England is up 700 billion as we need to help him finish by offering HIM a peace plan that G-d desires him to have.  Sign up for my newsletter and keep abreast as to how you will get your share in this.