The devil is not interested in expanding the church his goal is but to destroy all that is holy and meaningful to G-d.  Believers cry out for G-d to give them souls for their inheritance; we are people of the kingdom, royal families desiring others to be part of it as well. If you do not desire others to know Christ,  then you do not know Christ. Our fight is not against flesh and blood but against spiritual wickedness in high places.

It is time to wake up and see the signal it is time to cry for wisdom; Jesus is on HIS way, and we must win as many as we can in the short time we have. Wanting anyone left behind would be demonic. Unfortunately, there will always be the monkey contingency, who sling their poop pick their nose and place their fingers in their mouth right afterward.  G-d can work with clay, but iron is going under the flame in the tribulation. 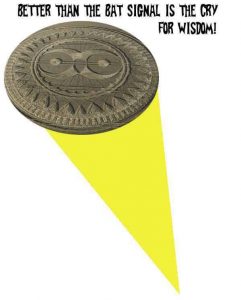 All that we have today regarding abundance and material is pale in comparison to what awaits us in the kingdom.  Many of you are beginning to see the value in the crop circles that open up to the word of G-d which is needed to win the hearts of all. It also acts as the key that unlocks the wealth of the kingdom here on Earth to reveal to the world whom G-d favors as HIS own.

The borrower is always a servant to the lender we are slaves to those whom the debt is owed. In the case of sin,  that debt has been paid, and I rejoice that I am made pure before a holy and just G-d.

If you have an outstanding debt with G-d an unconfessed sin it is better to deal with it now before the rapture in doing so you will be much more help to those who have not. When you stand before G-d, you want to be right with G-d. Only the blood of HIS Son can make it so; no others will ever do.

Rom 13:8 Owe no man any thing, but to love one another: for he that loveth another hath fulfilled the law.

Bad men sit in ivory towers smoking cigars and living like Kings enjoying the reward they will never see in heaven unless repentance comes to their heart. They plot our futures and those at the bottom matter not to them even when G-d cherishes us completely. They seek to make a profit from us, and the best way to do it is to have us fight among ourselves. This is not the way of the kingdom. All our needs are met in heaven met by G-d, and HIS delight is in blessing HIS children.

The wicked are not so they take their vast wealth then place banks run by them in every country. They then loan money to the nation to make war and no matter what side wins the winning side reimburses they losing side. It’s a family practice, and we are their pawns in their sick little games. The profit comes in our labors in building their weapons. The best business is the consumable business when the customer runs out he reorders and the people at the top of the pyramid win.  This is Mary Kay and Amway on a much bigger scale only children die in their sick power games.

See my post “What Goes Around Comes Around” the Rothchild banking cartel invests in every war using their funds and in 1823,  their biggest depositor was the Vatican.  Rome has been placing people in political office since before Christ came into the world and it was always to benefit them who liked their position of power.

To have that wealth to bring in the harvest it had to be taken from the bad men who were forced by the GOP to buy America in 2008, now we can finish the work G-d gave us to do. We have unlimited resources at our disposal now I wait for the real men of G-d to awaken.

We were funding terrorism according to John McCain in 2008 to the tune of 700 billion dollars a year to countries who don’t like us very much because of our dependence on oil.  Now the real terrorists of Satan’s kingdom have control of it because he wasn’t smarter than G-d.

The very creatures that helped him build his insult to G-d are being used in the way of fossil fuel to ruin his day. I really do love G-d’s sense of humor.

According to a Pentecostal treasurer who remains a Catholic, in a Protestant church,  this money will blow up the world; we will blow up his world and the god he serves for sure.  If Jesus came back tomorrow, the world has another 1000 years, while the lost await in the bowels of hell until we complete the work of establishing Christ complete rule as HE shows us how we could have done it all without war and fighting,  a Protestant should have known that.

He was planted among us by his real church through a spirit of religion which moves him to keep me from setting souls free. Once a collector of the debt owed to the Rothschild’s bank the Federal Reserve.  He was deep within the dragons system. When we start passing out tracts,  Bibles,  build orphanages, homeless shelters and free people from the bondage of poverty, his G-d is going to be very angry with him and cause him continued torment and pain relentlessly.

His only hope repent and take the Enoch position. See my post “The Final Two Witnesses What’s that About?” No need to be jealous of the call these two will meet all the same people I will meet. Robbing G-d of his glory will cost many a ride home for sure.

Many of you wonder where are all the great signs you heard the Antichrist will do? The word is what’s important truth sets captives free not knocking them over with your breath. All I can say is Benny try a Tic Tac.   When the perfect comes, the imperfect will be done away with.  Unfortunately,  that is not me, but HE is closer than we know.

Some false teachers can slay people in the spirit; they teach tongue talking in seminars,  if G-d gives the gift why are they teaching on how to do it?  Did G-d give you the gift or is it man influenced?  I got mine alone while in prayer.   If you can say the Rosary in tongues then it is not of G-d,  now they can pray repetitiously and give five Mary’s to one Our Father in tounges??? This is ridiculous on so many levels that laughing at it hurts.

What will you ministers do when the gifts are no longer applicable in the millennium? What good are having them if you allow the enemy to control you and insult G-d?  People are healed around idols and even in Rock concerts. It can be duplicated and faked what cannot be faked is truth and reality.

Here is a reality for you and a truth  I do no not want to be a god or possess powers like G-d. I like being taken care of by G-d and called a child of G-d not to be in competition with him. Protecting the kingdom is the job of an elder, and the four and twenty elders will be doing just that.  If you are genuine, and you have the calling, I will reward you from the Treasury and direct people towards you so they will not be confused by the charlatans who pretend to love G-d and steal the souls of another man’s inheritance from him. The phonies are not hard to spot they call themselves little gods and abuse the gifts.

The gifts become useless if having them makes you blind to the enemy and his tactics to keep people in bondage. As a watchman,  many fail because they cannot see the work of the enemy and have no real spiritual discernment.

If you walk in the light, then you obviously saw them building a new Nazi-like empire using America as the new Fatherland. Stealing your freedoms while destroying us financially. I believe there are enough people who were run out of their countries living here who would not like America,  be like the nation they left.

If you seen the harvest crop circles as gobbilty gook or unimportant,  then meeting Daniel would be boring to you. Knowing G-d may be just a religious term.  This is not a contest to see which church has done better or which one holds more closely to the tenants of scripture.

Is the HOLY SPIRIT telling you to neglect HIS work?  Hide them not let others read the word? Then obviously you have become like the harlot she loves to hide G-d’s word. It’s historical, and now you may even be a part of it.  The enemy was not going to hand us the wealth of his banks. He had to believe that America’s White House was the power he needed.  Not a King with a crown in England the little horn that G-d desires to give power too because of the finding in Egypt that would ruin his day as well.  The head of G-d’s Protestant church.  That money we have was Romes money to place their kings in office never to place a true believer in office,  just ask Ted Cruz. If he hadn’t sold his soul looking for Romes endorsement, we could have gotten it for him.

As a King with temporal power until Christ arrives I will be placing others who are committed to the work of Christ and have denied the harlot into positions of importance with bank accounts far above what they dreamed possible.  To give to those in need to alleviate the bonds of the Fowler and reap the harvest.

It is they who placed Obama in office trying to bring again peace in a chaotic situation the villains will not thwart G-d’s peace plan.  We lie to our children. We allow them to believe in fairy tales of fat men who bring gifts and then tell them there are no monsters. When they are clearly all around us in our pulpits, in our leadership and in our governments,  Who are plotting to do as they did in Nazi Germany and many of them went to parochial school as well.