The Third Most Important Person

In the cropped image below we have a picture of the workings of G-d in the three persons,  the center is the HOLY ONE with HIS many attributes.  If spun fast enough all three outer ones would appear as one as would the whole image.  G-d is not tied to time or space HE is the provider of time and space. That is how he can be with us all at the same time. 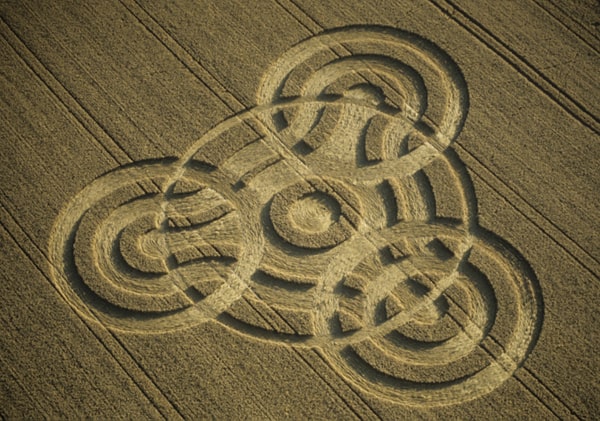 Jesus told us that HE needed to go back to the Father and because HE did the Father would send us the promise of the HOLY SPIRIT the same spirit that was in HIM lives in every true believer.  If you don’t know HIM, then you are missing out on the most important gift given to man.  The devil doesn’t want you to know HIM or believe in HIM.  HE the HOLY SPIRIT is a supernatural lie detector. Often HE is referenced by oil or wine in scripture HE is the oil that makes things run smoothly without HIM life gets bogged down and mundane.  Wine because he brings joy and companionship.

Too many are drinking the wrong drink. In heaven there is no alcohol because alcohol requires fermentation and in heaven nothing dies. Jesus said,  he would again drink of the fruit of the vine.  He will establish his earthly kingdom before giving it over to the final destruction.

Truth is equal to light it uncovers darkness and lies which are birth in darkness.

John 14:15-21 “If you love Me, you will keep My commandments. (16) “I will ask the Father, and He will give you another Helper, that He may be with you forever; (17) that is the Spirit of truth, whom the world cannot receive, because it does not see Him or know Him, but you know Him because He abides with you and will be in you. (18) “I will not leave you as orphans; I will come to you. (19) “After a little while the world will no longer see Me, but you will see Me; because I live, you will live also. (20) “In that day you will know that I am in My Father, and you in Me, and I in you. (21) “He who has My commandments and keeps them is the one who loves Me; and he who loves Me will be loved by My Father, and I will love him and will disclose Myself to him.”

If I boast let my boasting be in LORD.  Daniel did it once I have done it with the aid of G-d over two hundred times.  I am not the HOLY SPIRIT but I do have the HOLY SPIRIT and I am showing you what is G-d’s and what is not.

Daniel 8:12  And an host was given him against the (daily sacrifice) because of transgression, and it cast down the truth to the ground; and it practised, and prospered.

Jesus was sacrificed once for all and cried out “It is Finished” ending the need for the priesthood who in these last days deny the power of Christ making a mock sacrifice daily at an altar that shouldn’t be. Millions if not billions had walked away believing they were receiving Christ when in fact they knew not of HIM or HIS commandments. We can only pray and hope those that are alive open their eyes to the dragon whom G-d allowed to dress himself up to lay him before the kings of the world.

Satan insulted G-d in front of the angels of G-d saying if the Son ever showed up he would make him his pet.

John 14:21  He that hath my commandments, and keepeth them, he it is that loveth me: and he that loveth me shall be loved of my Father, and I will love him, and will manifest myself to him.

Matthew 23:9  And call no man your father upon the earth: for one is your Father, which is in heaven.