The idea of leaving Earth for another world has always been the vision of many SciFi fans. It was planned by G-d long ago to do just that. Leave the wicked and remove the righteous who accepted His Son. The very reason man is here, to begin with, is because a group of rebellious angels did not want to honor G-d’s Son before the dawn of man.

Their rebellion of heaven led to the making of a man here on the Earth.

We don’t want to leave anyone behind, but I undoubtedly can’t get the message out on my own concerning the hour that quickly approaches.  I have been called a lot of things in my life.  The one that hurts me the most is the one where I am called a liar.

Why would G-d open His hidden mysteries in the Bible or the answers to these crop images to a liar?  When the word makes it clear that liars will have their part in the lake of fire? G-d will vindicate me,  His Son’s honor is worth the world despite what my pastor may believe it’s worth, which in the last six years has added to nothing.

Revelation 21:7-8
(7) He that overcometh shall inherit all things; and I will be his G-d, and he shall be my son. (8) But the fearful, and unbelieving, and the abominable, and murderers, and whoremongers, and sorcerers, and idolaters, and all liars, shall have their part in the lake which burneth with fire and brimstone: which is the second death.

Which is, of course, this present heaven and Earth consumed by the Sun going Nova after the millennial reign of Christ is complete. Then G-d creates the new heavens and a new Earth so that all of the new creation is Holy. Because one thing that G-d is not is a liar. 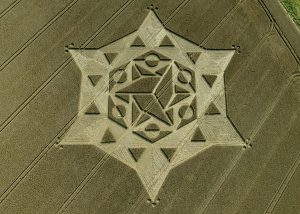 Revelation 21:1-2
(1) And I saw a new heaven and a new earth: for the first heaven and the first Earth were passed away; and there was no more sea.
(2) And I John saw the holy city, new Jerusalem, coming down from G-d out of heaven, prepared as a bride adorned for her husband.

Revelation 21:11-27
(11)  Having the glory of G-d: and her light was like unto a stone most precious, even like a jasper stone, clear as crystal;
(12)  And had a wall great and high, and had twelve gates, and at the gates twelve angels, and names written thereon, which are the names of the twelve tribes of the children of Israel:
(13)  On the east three gates; on the north three gates; on the south three gates; and on the west three gates.
(14)  And the wall of the city had twelve foundations, and in them the names of the twelve apostles of the Lamb.
(15)  And he that talked with me had a golden reed to measure the city, and the gates thereof, and the wall thereof.
(16)  And the city lieth foursquare, and the length is as large as the breadth: and he measured the city with the reed, twelve thousand furlongs. The length and the breadth and the height of it are equal.
(17)  And he measured the wall thereof, an hundred and forty and four cubits, according to the measure of a man, that is, of the angel.
(18)  And the building of the wall of it was of jasper: and the city was pure gold, like unto clear glass.
(19)  And the foundations of the wall of the city were garnished with all manner of precious stones. The first foundation was jasper; the second, sapphire; the third, a chalcedony; the fourth, an emerald;
(20)  The fifth, sardonyx; the sixth, sardius; the seventh, chrysolite; the eighth, beryl; the ninth, a topaz; the tenth, a chrysoprasus; the eleventh, a jacinth; the twelfth, an amethyst.
(21)  And the twelve gates were twelve pearls; every several gate was of one pearl: and the street of the city was pure gold, as it were transparent glass.
(22)  And I saw no temple therein: for the Lord G-d Almighty, and the Lamb are the temple of it.
(23)  And the city had no need of the Sun, neither of the moon, to shine in it: for the glory of G-d did lighten it, and the Lamb is the light thereof.
(24)  And the nations of them which are saved shall walk in the light of it: and the kings of the Earth do bring their glory and honour into it.
(25)  And the gates of it shall not be shut at all by day: for there shall be no night there.
(26)  And they shall bring the glory and honour of the nations into it.
(27)  And there shall in no wise enter into it any thing that defileth, neither whatsoever worketh abomination, or maketh a lie: but they which are written in the Lamb’s book of life.
Why would G-d be so cruel as to write His story into my life, no the real people who are robbing G-d of his glory stand in the pulpits trying to interpret a book they understand little about. No the real liars try to convince others of no hope and rob G-d of his glory.  Teaching the church is gone in Revelation four at the first trumpet,  before the man  of perdition arrives.

Rev 4:1 After this I looked, and, behold, a door was opened in heaven: and the first voice which I heard was as it were of a trumpet talking with me; which said, Come up hither, and I will shew thee things which must be hereafter.
Rev 4:2 And immediately I was in the spirit: and, behold, a throne was set in heaven, and one sat on the throne.

1 Corinthians 15:52
(52)  In a moment, in the twinkling of an eye, at the last trump: for the trumpet shall sound, and the dead shall be raised incorruptible, and we shall be changed.

2 Thessalonians 2:3
(3) Let no man deceive you by any means: for that day shall not come, except there come a falling away first, and that man of sin be revealed, the son of perdition;

In Revelation six, they have the rider of the white horse, and the 144,000 picked when the church is gone.  Again false teachers are robbing G-d of his glory who know nothing. Missing the entire point of the Whitehorse, there are two one in the beginning and the one that Jesus rides back into the world.  The one at the beginning is just like Lucifer before the fall the rider is Christ the individual he rides is the horse, the lamps Lucifer carried are in this man. The lamps that made the crop images and were seen by witnesses. They are here to assist me in bringing worship back to the Son as Lucifer was supposed to do in heaven.

Tell me which of these two options would bring G-d greater glory? Calling out the 144,000 before we leave so that you can explain to your family friends and loved ones what is happening and help them prepare. As it is now the false teachers who are Satan’s assistants more than G-d’s teach, they are chosen after we are gone.

Because they do not believe the teachings of Christ and deny them, the 144,000 are filled and sealed by the Holy Spirit, so the enemy does not want even the Jesuit tares in our churches saved,  along with the false teachers, so he endorses this ridiculous teaching.

Matthew 13:49-50
(49) So shall it be at the end of the world: the angels shall come forth, and sever the wicked from among the just,
(50) And shall cast them into the furnace of fire: there shall be wailing and gnashing of teeth.

Believe it or not, angels can tell the difference between Jesuit tares and true believers.

The 144,000 need to know what is expected of them, and provisions must be made for them before we leave. In the false teaching scenario, 12-foot angels appear and seal them, and so what’s the point?  Why not bring them on now and save everyone?

Because faith must be birthed within, free will must accept the Son for all He is and see their need for Him. Repentance must be a change of direction to seek good and hate that which is evil.

However, stupid is, is what stupid does, and some will not forsake the wickedness of the world to be with a Holy and just G-d.  Convinced hell is where the party is at,  when will they learn the devil is a liar and the father of them who teach his lies that keep your loved ones from knowing Christ as He desires to be known.

Does the image below look the party animal in hell you were expecting? Anton LaVey, founder of the church of Satan, is praising the name of Jesus where he is now, and just like on Earth, the demons hate that name and keep away. As soon as he lets his guard down, they are on him like stink on poop.

The return Arecibo message for me was a clear sign that the Ancient Angels are coming to carry me home. What about you? 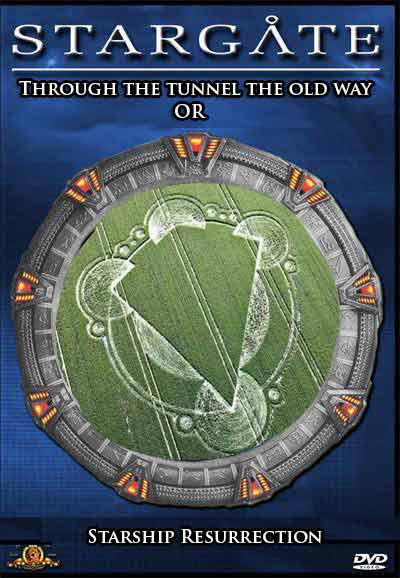 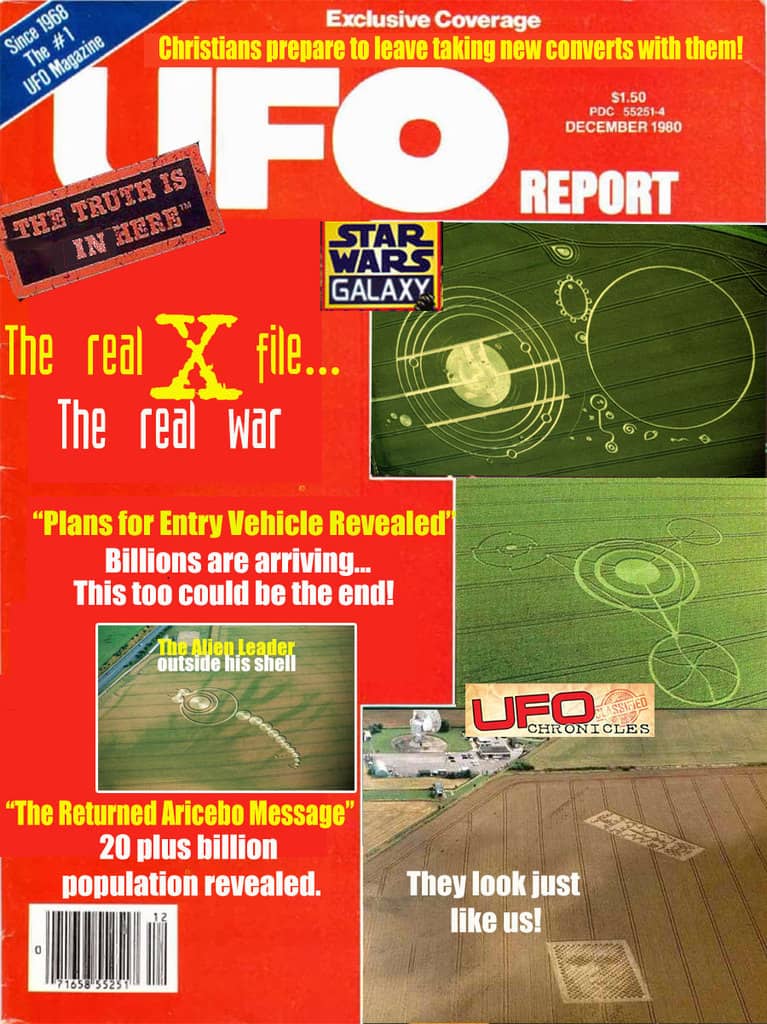 3 thoughts on “Reaching the Stargate generation.”