G-d desires that none should perish that all come to repentance.

Genesis 49:9-10
(9)  Judah is a lion’s whelp: from the prey, my son, thou art gone up: he stooped down, he couched as a lion, and as an old lion; who shall rouse him up?
(10)  The sceptre shall not depart from Judah, nor a lawgiver from between his feet, until Shiloh come; and unto him shall the gathering of the people be. 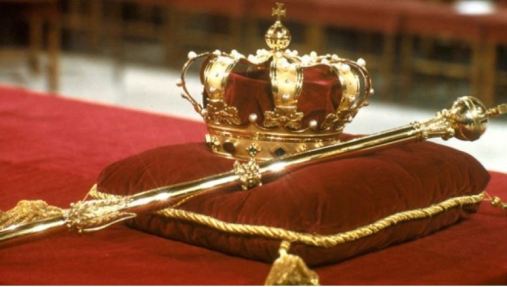 The scepter of David is more powerful than the keys or the ring of the one who claims to hold the keys. I am challenging the key holder to lock the gates to hell so that I may open the windows of heaven to pour into the houses of G-d blessings for which they cannot contain to help others find Christ.

The feature image is a crop circle ring it is framed by 12 cuts 6 on both sides the church was built with twelve apostles making disciples of us all by teaching us the word of G-d. Six is also a number for judgment the crowning Jewell in the center represents the holy one JESUS CHRIST another HOLY  SPIRIT is wearing the ring. The third most important person in BABYLON was Daniel because he read the writing on the wall.  I have done over two hundred images that point only to the Bible I never left New England to visit OLD England where these circles were made. England and Parliment are where the head of the Protestant church dwells who is waiting to hear her answers as to what it all means. He came to visit me and tell me what these mean. The third most important person in the kingdom of G-d would have to be the HOLY SPIRIT. Who coincidently is wearing the ring and is the one who will bring many to the LORD as HE did you.

There are nine circles a number that multiplied by any other adds again back to nine.  9 plus 12 equals 21 we are in the 21’st century 777 adds to twenty one which comes after 666 but not before 555. So let us look at Psalm 21, the two spirits point to  Psalm 21:2 Lucifer said he desired to be like the most high and like the most high he will start at the bottom.

Below it is made right next to a Kingdom once found in the Domesday book and them like many of us in the world today thought they would endure forever.

There is nothing more ugly to G-d than those who reject the gift HE gave us when HE offered HIS life on the cross for the ransom of many.  G-d cannot look at sin so HE turned HIS back on HIS SON as the sins of the world were laid upon HIM.  It is here G-d was torn in two. The visage of HIS SON marred by the scourging of the ROMAN executioner. 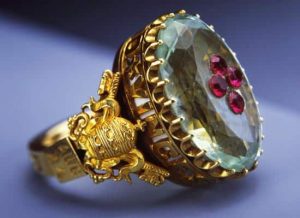 The worst thing the that happened to the Church was the state seizing control of it.  A state that was known for its bloody battles and wicked rulers.

King David could not build the temple in Jerusalem because he was called a bloody man by G-d the temple had to be built by someone who was not bloodied by battle. King Solomon wore a ring and held the scepter of his father, David.

1 Chronicles 28:2-3
(2)  Then David the king stood up upon his feet, and said, Hear me, my brethren, and my people: As for me, I had in mine heart to build an house of rest for the ark of the covenant of the LORD, and for the footstool of our God, and had made ready for the building:
(3)  But God said unto me, Thou shalt not build an house for my name, because thou hast been a man of war, and hast shed blood.

Men who war and promote it cannot bring peace and the opposite of war is not peace it is LOVE, and it is LOVE that brings peace. The men of ROME could never bring peace let alone get that third temple built. G-d will not allow it,  HE has HIS own peace plan! Because the Church in ROME does not know HIM and has used HIS name in vain, they cannot bring it. 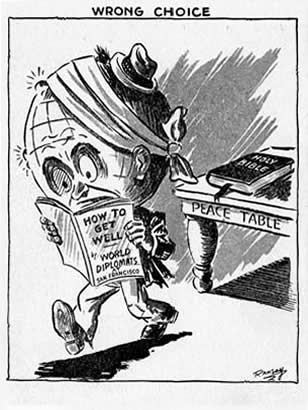 The image below is of a man who does not know G-d and the peace he is trying to bring is denying JESUS as the only LORD.  G-d will not have it or them The Koran teaches G-d has no SON and because they insult the SON, Rome can never lead them to Christ. They have always been through their CIA’s and MI5  the masterminds of war. Installing Political leaders from before the birth of Christ ROME has never changed has never been BORN AGAIN and you must be to enter into the throne of G-d and hear HIS voice.

G-d’s peace plan is giving HIS SON’s bride a wedding rehearsal in front of the whole world something Rome would have never picked up on including Pentecostals all filled with HIS SPIRIT as they lean towards the mockers and the destroyers of our world hailing them as Christians too?  Every time I hear it I want to slap them backside of the head when I hear how some Catholic’s love Jesus when clearly they don’t even know HIM or understand what this is all about.

G-d dressed his serpent to set the lost free so I guess there was a purpose for the Catholic church after all.

Pentecostals sneer at the word people who do not speak in tongues while embracing those who hide the word from the lost.  It is the blind leading the blind. the emperor of ROME is wearing new clothes and still, before the LORD he is naked and found wanting.

OUT OF THE MOUTH OF BABES, A LITTLE CHILD SHALL LEAD THEM.

A father desires to keep his little girl busy while he does some work at home so he takes out of a magazine a picture of the world and tears it up in front of her and asks her to put it back together,  thinking that this will take her some time. Moments later she returns, and the map of the world was complete she had fixed it. When asked how she did it she replied,  when you were tearing it up I noticed a man and a woman together on the other side I knew if I put the man and the woman together I could fix the world.

What a precious story and it was told on FOCUS ON THE FAMILY.

My G-d is simple, and HIS love amazing everyone is staring at their cell phones today. Give them something to look at that ties into the word. The pastor said today that we need to hide the word of G-d in our hearts that we may not sin against G-d. However, it is he who has hidden the word from the world along with his Catholic comrades.

Welcomed me into the Church by giving me the Jesuit hand of acceptance saying as taught we do not have to agree on everything to be friends in Christ.  Amos 3:3 says different and I am out to win the world to Jesus and you?

If I do what he wants, then it is no different than if I kissed the Popes ring and like the Pope, he would not see how lost he is.

Wanting the man that G-d has chosen to lead his church,  to turn stones into bread,  I am not G-d, and I know that G-d did not pick one man to lead his Church apart from Christ and HIM alone,

Christ chose many men to build his church, and I do not support a one world denomination.  I support Jesus and HE would not kiss the Popes ring or except a bloody man not washed in the Son’s blood into his home without repentance.

Come out of her so that G-d can bring her to her knees and meet the real Jesus of the Bible.

Angel’s come out,  come out,  wherever you are I need your help I cannot do it alone.  The men I thought wanted to represent Christ and tear down the kingdom of darkness still stand with the harlot.

I do believe Tolstoy who wrote LORD of THE RING’s knew more about middle earth than he did heaven.  I know more about heaven than middle earth. My pastor told me the antichrist will burn in hell forever, in fact, they all will,  I wonder if he knows whom he serves?

2 Corinthians 11:6-15
(6)  But though I be rude in speech, yet not in knowledge; but we have been throughly made manifest among you in all things.
(7)  Have I committed an offence in abasing myself that ye might be exalted, because I have preached to you the gospel of God freely?
(8)  I robbed other churches, taking wages of them, to do you service.
(9)  And when I was present with you, and wanted, I was chargeable to no man: for that which was lacking to me the brethren which came from Macedonia supplied: and in all things I have kept myself from being burdensome unto you, and so will I keep myself.
(10)  As the truth of Christ is in me, no man shall stop me of this boasting in the regions of Achaia.
(11)  Wherefore? because I love you not? God knoweth.
(12)  But what I do, that I will do, that I may cut off occasion from them which desire occasion; that wherein they glory, they may be found even as we.
(13)  For such are false apostles, deceitful workers, transforming themselves into the apostles of Christ.
(14)  And no marvel; for Satan himself is transformed into an angel of light.
(15)  Therefore it is no great thing if his ministers also be transformed as the ministers of righteousness; whose end shall be according to their works.

When you hide the word from the lost you reveal who you serve. If I don’t turn stones into bread or do the will of the damned If I only open the word of G-d to the lost and tell them the truth will HE send me to hell?