Drunk on the Blood of the Saints – Intervention is called for!

My step-dad as I have revealed in earlier posts was an enabler. Had he exercised tough love and stood his ground the addicted individual (my stepmother) could have sought treatment. Maybe even finally cried out to G-d if they had heard and believed in the Son of G-d and his completed work on the cross, and I do stress completed work. One simply needs to put faith in HIS work.

As with any addiction, it holds true if you would only crave to be with Christ more than the weak substitute, deliverance would come. If you call to HIM, HE will hear you. One only needs to replace the want with the word. A good Christian support group can help one fight the demons who need to leave the one that seeks to wash in the blood.

In this case, this harlot pretending to be Christian she needs to know Jesus finished HIS work on the cross and ended the priesthood. That HE did come in the flesh and HE is the SON of G-d. Using his name in vain will only cause them eternal pain. Those who have left and entered their Christ-less eternity or hear the words away from me I never knew you are more than likely her offspring or the ministers who have been transformed into ministers of righteousness who allowed her to be this delusional.

Power is not in money but in knowing the true creator of heaven and earth. I believe my position reveals one can have an intimate communicative relationship with G-d.

How is she drunk on the blood of the saints? Some are awaiting justice Revelation 6:10 they are our brothers and sisters who had been martyred at her hand for not excepting the Eucharist as the actual body and blood of Christ. ( 6/10 is also my birth date so please don’t forget it Ester 6:10, Ezra 6:10, Psalm 6 has ten verses Mathew 6:10 I could go on but this is not about me but Jesus, the lover of our souls. ) 10-6 = 4 and if you keep the first four you do not need to worry about the other 6, and the 6th is the one we fail because of this harlot.

When David pens Psalm 56 he is revealing that his enemies swallow him up daily this is very prophetic. David could only be cannibalized once, but this is a continued daily eating of him. In the Catholic Mass, the host or Eucharist is transformed into the body of Christ. The below Crop circle has seven arms each containing eight whole angels and seven large eaten ones. 7 x 8 = 56 .

Her wealth is managed by the Rothschild banking cartel who allow all countries that are in a war to borrow from them to finance said wars and their bank doesn’t care which side wins the other pays the loser like it is some sort of sick twisted game. The Federal reserve is no more government-owned and controlled as is Federal Express. The IRS is the debt collector to get us to pay for the wars they create. You will find most of the lost and wicked in power attended a Catholic school and still do not know Christ ended the priesthood.

When Jesus was here the religious hypocrites of his day hated HIM because he spoke the truth and they could not control HIM and make HIM do their bidding or will. Things haven’t changed much except for….

Now that HE has been crucified and raised into heaven HE is able to do their bidding at every service as they draw him down from heaven and get him to become the white round wafer god. Who living in the spiritual knew the shape of the angels? With this false power and manipulation of their blind sheep, they have built their one world order. G-d sat by as the demons rise to the top seeking power. Now it is time for the body of Christ to crush the head of the serpent at least those who have not sold out to her addiction. 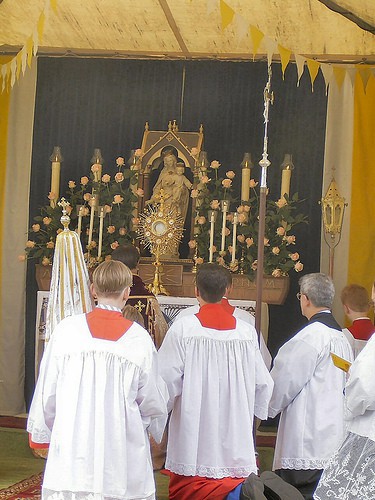 In the Catholic Ten Commandments, the second one is removed, and the longest tenth one is split into two. Look how many Protestant clergy flock to their leadership yet G-d calls them least in the kingdom if they get in the kingdom at all.

If I were a Christian organization the first two colors I would try to avoid would be Purple and Scarlet. Then those Babylonian fish hats Puh-Lees. Dark is dark so bad it can be that they cant even see that G-d placed the peace plan into their heritage “ROMANCE.” The opposite of war is love and love brings peace.

There is no law against love and if there is we know where it is coming from.

Be blessed its over soon.

If another comes in his own name him, you will receive.