Our shelter from the coming storm.

Evil will eventually devour itself taking many with them who are lost and have no covering or protection from the fallout.

Millions die each day entering eternity from natural causes, and that is still not enough for the enemy.  The dishonoring and rejecting of G-d’s only-begotten  Son keep many from entering heaven.

Heaven cannot be heaven if everyone gets in and there is no differentiating between what is acceptable and unacceptable behavior.

It all began with rejecting G-d’s Son when the angels in heaven refused to worship and honor him as the Most High refusing to believe that he even existed. So those whom rebelled were cast out of heaven. Those whom stayed would one day see why the Son is so significant to creation and heaven.

There are many in the Oprah Winfrey crowd which believe the Son is not that important and that there are many ways to G-d.  Not if G-d and the Son are one in the same which is what the scriptures teach exactly. So if this is all because one group in heaven refused to worship the Son and denied his existence, then what makes anyone believe they can enter in without him?  Oprah’s production company is called Harpo Productions after selling out Jesus in front of 20 million she should change her production companies name to Harpno Productions.

America was made to be a Christian nation the Bible said that G-d would bring a fire from the midst of his enemy. What Oprah doesn’t understand like so many others that if it wasn’t for Christian America she would not have what she has today. What if Germany got hold of the bomb first.  Her family would have been taken out as a sub species in their quest for Hitler’s Aryan race.

Now that Rome has made sure the same spirits are in power here in America she will be forced to take a mark / implant in her right hand or forehead or die for Christ and what little faith Oprah has in him now it is not hard to see which way she will go.

Ezekiel 28:18
Thou hast defiled thy sanctuaries by the multitude of thine iniquities, by the iniquity of thy traffick; therefore will I bring forth a fire from the midst of thee, it shall devour thee, and I will bring thee to ashes upon the earth in the sight of all them that behold thee.

So coming after America is what he would need to do at the end of the age.  It is America that has the most destructive weapons and with Rome having access to them now, it is inevitable that millions will enter a Christ-less eternity at some point.

Too many have forgotten Rome’s agenda and too many Protestant ministers protect her in sending millions of souls to hell. My goals expose her to the world and set many free before the dreaded hour. 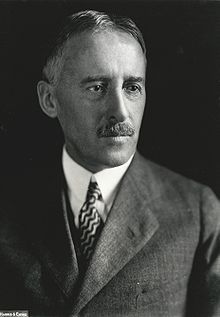 Henry Stimson was secretary of war and a former ‘Skull and Bones’ member at Yale University he encouraged Truman to drop the bombs on Hiroshima and Nagasaki Japan.

For many, cats and dogs are more important than human souls, so I’ll estimate 2000 dogs and  6000 cats will be cast into eternal damnation. I may know what you are thinking,  pets do not go to hell,  they do not need to be saved, and that’s my point as well.

The image below of the Pentagon it is wrapped in flags that is what traitors do, pretend they are for us when in reality they are against us.  In Germany, it was only a small handful of men who controlled that powerful war machine while the rest of the country went about business as usual. The three circles outside is the Spirit of G-d holding back their power that will be unleashed on the world after many decide HIS SON’s Honor is not worth the world.

G-d wants a king in England to head his true church to show the world how he desires to be worshiped and honored.

This is brother and sisters is a cattle drive to the cross.  Choose you this day whom you will serve? As for me and my house I will serve the Lord.

These were made pre Covid-19 prophetic don’t you think?

First, I must get past the ministers she has transformed into agents of light. Convincing them that it is G-d who has first picks at who is coming in the first resurrection/rapture.  Those left behind are those who rejected the Lord of Glory and the VALUE HE placed on HIS SON. These protected the harlot who went about to steal kill and destroy to get her hands on the weapons to tame her beast… She fears Islam. She created them when she hid the word of God away from them maybe someone should open the word of God up to the world.

Are there any Masons out there to help finish the kingdom?

The beast is the entire dysfunctional system she created by not doing the express will of G-d as outlined in scripture from the beginning.  Looking back maybe hiding G-d’s word from others was not as clever as they thought. It certainly helped Satan to increase his soul count however.

G-d’s creature will send many to their martyrdom, he has always done as G-d wanted so why not send millions to the cross at the end of the age?  They can taste what they served up to Christians before the rapture. Tribulation belongs to those whom get left behind because they rejected the Son. They will however accept him during this time because they will know hell is real and that all this creature knows is how to torment and hate those made in G-d’s image.

One must play well outside the house with G-d’s chosen children if they are to enter the house, and that means they too must be born again not of corruptible seed but of incorruptible one that is eternal. Will you seek the seed of obedience or the seed of rebellion?